Chairman of the Management Board and Chief Executive Officer of Sunways AG, a publicly-listed company in Germany Master of Science in computer integrated manufacturing from Nanyang Technology University

Jack has vast experience in various industries especially in electrical and infrastructure for the last 25 years. Experienced manager in energy, industry infrastructure project/maintenance and solar PV construction. Well-versed in project transaction with numerous successful deals and project financing in Southeast Asia, the UK and the US

His career started in 1998 with Solarex in sales, which later merged with BP Solar. Worked in BP Solar for more than a decade in sales profile. He became a co-founder of Solar Juice in late 2009. He specializes in Handling Sales, Stock Movement, Contracts and Supply management 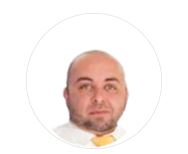 He started to work as a process worker and moved to the purchasing department at Solarex, which later merged with BP Solar in 2000. He worked there in various roles for almost a decade. He became a co-founder of Solar Juice in late 2009 which is now the largest solar wholesale and distribution company in Australia. He specializes in Manufacturing, Procurement, Planning & Logistics.